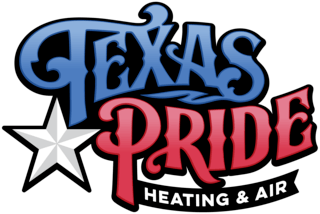 What Expectant Mothers Should Know About Indoor Pollution

Are you an expectant mother?

Do you want to prevent indoor pollution in pregnancy?

Pregnancy is a period that requires a lot of care and attention. You’re preparing for a new baby, so you need to be careful about your health to preserve your health and the health of your babies.

Some of the things you should avoid include alcohol, smoking, and certain medications. Another hazard to be careful about is air pollution, particularly indoor air pollution. Air quality can exert adverse effects on pregnancy. Some of the possible effects are as follows.

Effects of Air Quality on Pregnancy

Air pollution can exert adverse effects on the birth weight of the child. A study conducted in Los Angeles studied obstetric records of births by non-smoking women. Mothers living in more polluted areas gave birth to babies who weighed, on average, 314 grams, or 0.69 pounds, less than infants who were born to women residing in less polluted areas. Another study from China observed pregnant women during the 2008 Beijing Olympics, a two-month period when the city was required to lower emissions and improve air quality. The study revealed mothers who were eight months pregnant during the Olympics gave birth to babies who were 0.8 ounces heavier, in contrast to women who delivered during the same calendar months in previous years.

Babies delivered before the 37th week of pregnancy are viewed preterm and are usually prone to physical disabilities, neurological disorders, breathing difficulties, retinopathy, immature digestive system, and cardiac problems. Even though premature birth occurs for different reasons, one of its causes is air pollution. Some studies have shown the connection between air pollution and preterm birth. A study carried out by the Stockholm Environment Institute (SEI) at the University of York showed that in 2010, about 2.7 million preterm births globally — or 18% of all preterm births — were associated with outdoor exposure to fine particulate matter.

Studies have shown that exposure to high levels of fine particulate matter within the third trimester can double the risk of having a child with autism spectrum disorder (ASD) than pregnant women. This result came from a 2014 study from the Harvard School of Public Health and involved women from 14 states in all regions of the continental United States.

Several studies have shown that air pollution can give rise to female infertility. Research revealed that fertility rates in northern California increased when eight plants burning coal and oil closed down, reducing the levels of fine particulate matter and nitrogen oxide.

How to Protect Pregnant Women from Air Pollution

Having considered the harmful effects of air pollution on pregnant women, here are some ways to reduce air pollution